Lots of words have been written eulogising Stephen Curry for his stunning NBA Finals masterpiece but the Golden State Warriors roster contains more than just his incredible story.

Fair play to Steph, he would always acknowledge it’s about the collective and after nursing a few sore heads over the weekend, the team is now readying itself for a fourth parade in eight seasons in the Bay Area on Monday.

This will be the first since the team moved to Chase Center in San Francisco from its previous base at Oracle Arena in Oakland and it comes after a championship that head coach Steve Kerr described as the “unlikeliest” of his time in charge.

It became a reality on Thursday night, as the Warriors beat the Boston Celtics 103-90 on the East coast and it’s easy to see why Kerr feels that way.

This was a team which wasn’t among the top three favourites to lift the Larry O’Brien with any bookmaker despite boasting more championship pedigree and DNA than anybody else.

That came primarily in the shape of Curry, Klay Thompson, Draymond Green and Andre Iguodala, all of whom won their fourth rings as they restored the team to glory. This title run marked quite the comeback for them as a unit.

Image:
A younger-looking Stephen Curry, Draymond Green and Klay Thompson in action for the Golden State Warriors against the OKC Thunder in 2014

Three men though, had individual comebacks for this Golden State team which are beyond remarkable – true sporting renaissances which will go down in the annals of history.

Image:
The Golden State Warriors held on to beat the Memphis Grizzlies in an enthralling Game 1 contest in their Western Conference semi-final series.

Wow! What a contrast compared to the way his last NBA Finals ended for Klay.

The 2019 NBA Finals saw the Warriors defeated by the Toronto Raptors with the five-time NBA All-Star tearing his left ACL in Game 6 which sealed them the title. He then spent over a year rehabbing and recovering before sustaining a torn right Achilles tendon in November 2020, forcing him to go through the torturous process again.

All in all, there was a 941-day gap between that game against the Raptors and the second Splash Brother’s return to the floor against the Cleveland Cavaliers in January.

That was an emotional occasion. To see Thompson go on to pick up a fourth ring less than six months later was one of a number of true fairy-tale stories on this Warriors roster.

His is the biggest though, given his importance as a franchise cornerstone. He was at the heart of the dynastic run which saw them reach five consecutive NBA Finals between 2015-2019.

All in all, the Warriors have played 24 playoff series with Curry, Thompson and Green together in the last eight years. They’ve won 22 of them; the exceptions being the 2016 and 2019 finals, when injuries took a toll.

This time, there was no stopping the Dubs and Thompson called it early.

“I saw it in the beginning of season,” Thompson said. “People called me crazy. I said ‘Championship or bust’ because I saw how we came out of the gate, 18-2. And playing just that Warriors brand of basketball that made us so successful, and then knowing I was going to be inserted in that, I knew we had a chance to do something special, and here we are. It’s so incredible. Wow.”

Wow indeed! Thompson finished the series against the Celtics averaging the third-most points in the team, with 17.0 per game, and the second-most minutes on the entire roster. A pivotal contributor as he picked up his fourth ring. 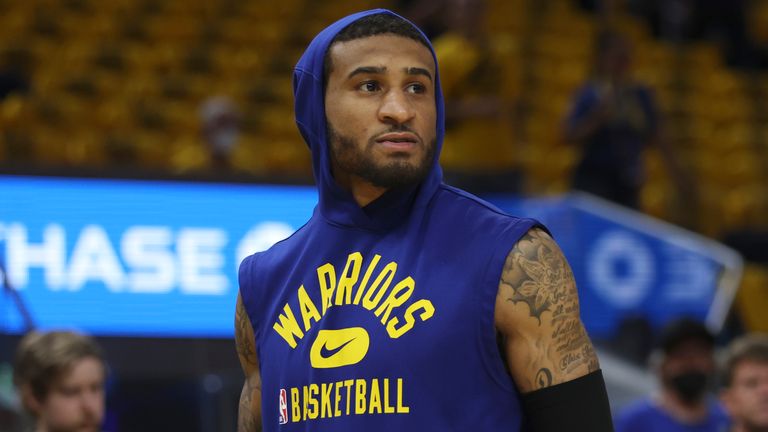 Less than a month before the first NBA Finals game, Gary Payton II fractured his elbow in a controversial fall against the Memphis Grizzlies during the Western Conference Semi-finals.

It looked like his chances of capping off a dream campaign in the perfect way was over.

Steve Kerr has since revealed that he was doing shuttle runs with his arm in a sling to ensure he got his shot at featuring in the NBA Finals. After all, at 29 years old and coming off his first consistent season of NBA basketball after bouncing around the G League and on the fringes of NBA rosters, the son of Hall of Famer Gary Payton knew his chance might not come around again.

But he wasn’t to be denied. His toughness, desire and some remarkable powers of recovery saw him fight back to be ready for Game 1 against the Celtics.

Prior to the series opener, Payton II spoke exclusively to Sky Sports, and said: “Hopefully, you get to see the old GP you know, before the playoffs, in that first round of playoffs. So other than that, I’m ready to go.”

Safe to say ‘Young Glove’ did that, and more, showing great hops offensively with a few impressive dunks and great tenacity defensively. In the Game 6 victory, which was the Warriors’ most complete performance of the series, he played a big part in the huge run which saw the Warriors turn an early 12-point deficit into a huge half-time lead.

His boxscore from the final game sums up the all-round activity he displayed on the floor: six points, three rebounds, two assists, three steals and a block.

The man of just one (nearly) full season, proved to be the man for all seasons. 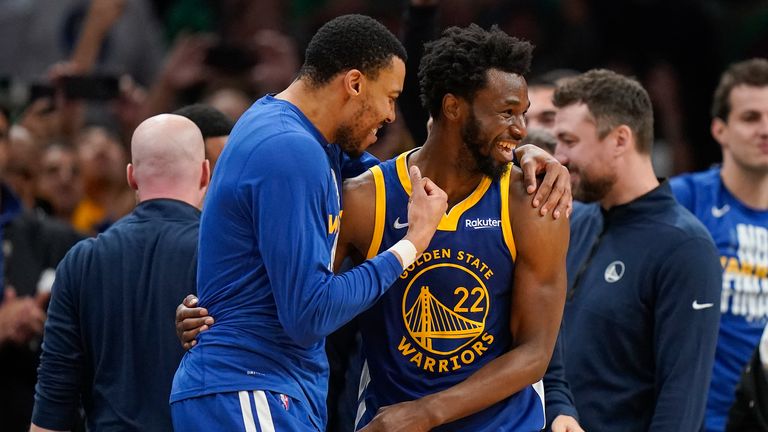 This is actually a story we have already told in considerable detail following Game 5, where Andrew Wiggins stepped up in Stephen Curry’s one disappointing display of the NBA Finals to deliver a massive performance in the most important game of the series.

It’s safe to say that the old guard and role players alone couldn’t have got it done by themselves this time. Wiggins gave the Warriors the added ‘je ne sais quoi’ needed to get them over the hump.

It’s a brilliant story because of how written off he was during his time with the Minnesota Timberwolves. He was heavily criticised and nobody thought he was anything more than a trade piece when the Warriors acquired him in 2020.

How wrong that turned out to be! Wiggins was comfortably the second-best player in this championship run for the Dubs averaging 18.3 points and 8.8 rebounds per game, and in Game 4 he grabbed a career-high 16 boards to go with 17 points.

He was the biggest glass eater on the team, the second-highest points scorer and averaged the most minutes. Even more than that though, he was consistently deployed as the player tasked with locking down the opposition’s star player.

On both ends, Wiggins was a massive player for the Warriors and thoroughly deserving of his first championship ring.

Kevon Looney was a pest on the glass throughout the NBA Playoffs for the Warriors and has earned himself a big pay-day. His offensive rebounding, in particular, was noteworthy and he is a perfect complementary piece in his role.

Otto Porter Jr. was brought into the starting lineup in place of Looney during these NBA Finals by Kerr, and his experience was useful on the floor alongside some of the less experienced members of the squad. It’s also fairly common knowledge he knocked back more money to be part of this Warriors team. Now, he must feel fully vindicated in doing so.

Jordan Poole is explosive. He is now very much the heir apparent to Curry/Thompson and has that same potential to get roasting-hot at any given time, while being happily trigger-happy. He, clearly, has blossomed after facing off against Curry in practice all the time. Apt, that someone called Poole has turned out to be the apprentice Splash Bro.

Andre Iguodala didn’t play much but got on the floor before the series was over as Kerr recognised his contribution. The man who won Finals MVP back when they claimed their first title is culturally vital for the Warriors and yet another winner with an important influence on the youngsters around him.

The live basketball continues on Sky Sports with the WNBA, subscribe to watch the live action.

Previous : ​Racism Is Universal​
Next : Leading the Lionesses: Carol Thomas on being the first English woman to reach 50 caps for the Lionesses